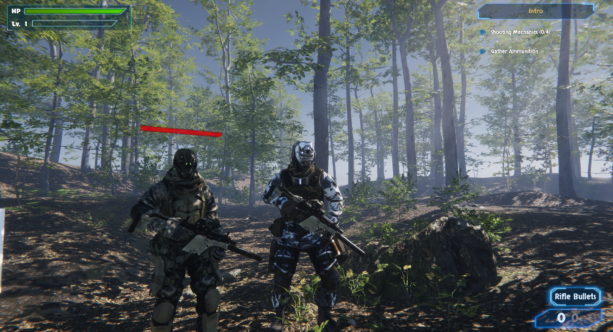 I have been very busy this month implementing new content and systems as well as enhancing existing features. This update includes new features such as inventory and dialogues! I improved the handling of the first quest (intro), added the base functionality for an HP/EXP system and completely reworked the whole UI!

To top that, I have begun animating the some characters, the first one is already in the game (only standing at the same position though). Here is a preview:

If you have any questions or suggestions, please write below in the comments. Or join the discord server: https://discord.gg/Busj9bP